Guildmaster of Shipbuilders and Sail Makers

The mystery patron for the party is Otis Shipman, guild master for the powerful shipwrights and sail maker’s union. Otis is a rather fat, cherub-faced, bushy-browed fellow with yellow teeth and mutton chops that widen into a thick walrus mustache. The skin around his eyes droops to the point where a careful observed begins to wonder whether he has trouble seeing peripherally. He tends to fits of coughing and frequently clears his throat while talking as a kind of nervous tick.

Shipman states flatly that he, and other guild leaders, seek to ensure that the Pillar of Heaven does not fall into the hands of the aristocracy. Such folk would only use the Pillar of Heaven to cement their own iron grip on power. If the Pillar were in the hands of the guild leaders, it would turn the centuries-old power establishment of Fairhaven on its head, and provide freedom and opportunity for the common people. Shipman sees the diverse interests of the party as a strength, and he particularly likes seeing Berouwvol of Aearmo, C of Yenaelweth, and Pemming of Gwalto in the group with Nyx. 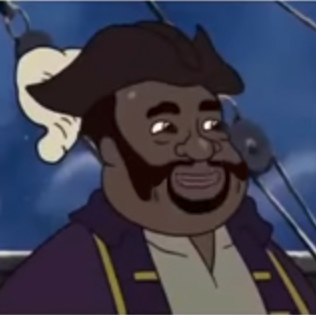