His Name is Etched in the Mountains

The Wildward is a late adolescent male Wood-Elf of the clan Wildward. He is 80 years old, stands 6’1” tall (barefoot) and weighs 170 lbs. He has skin like exotic hardwood; bright, emerald green eyes; and fine, straight, long hair the colour of polished copper. He smells like an evergreen forest after a morning summer rain.

The Wildward wears an un-obtrusive, race-normative outfit of light green pants and a darker green tunic with brown and golden trim. Over this outfit, he sports bear-leather armour and the standard dark gray traveler’s cloak of his people. The armour is a trophy from an animal he killed during his upbringing as an outlander. He kept the bear’s pelt as a bedroll and protection against extreme cold. He wove both the bear’s teeth, claws and smaller bones into anklets and bracelets that rattle when he dances, one of the means that he uses to communicate in Druidic.

The Devadara (Cedrus Deodara) is the sacred tree of the Wildwards. Our Wildward wears an amulet of Devadara wood engraved with runes as a druidic focus. He also has a Devadara wood quarterstaff and shortbow. He and carries a small sack of Devadara seeds, which he uses as gifts and tokens of friendship in his travels. Devadara wood is also incorporated profusely in the Wildward’s ornaments: The bones, claws and teeth of his anklets and bracelets are interspersed with the wood, and he wears medium gauge Devadara wood ear hoops, a lá 21st century hipsters. He also wears wooden collar comprised of oblong wooden beads, the centrepiece of which is dyed and carved with runes.

The Wildward strikes the figure of a handsome and virile youth. Before being sent out on his quest, he had no experience with human civilizations. Most humans will do a double take when the first see him, and he has grown somewhat accustomed to being starred at. Being just barely come of age, his behaviour is also often juvenile, unpredictable, brash, arrogant, anti-establishment, or uncouth. His primary motive is to find the answers his elders seek and to protect the unspoiled wilderness of this homeland. He is not really concerned with the needs of others, if he does not feel that it supports his mission.

The Wildwards are a small Wild Elf clan of druids charged with the subtle and magical protection of the wilderness surrounding a High-Elven Kingdom nestled in a Himalayan-type alpine hanging valley.

Our Wildward is an adolescent male who has just successfully completed his novice druid initiation – Something of a Wildward Bar Mitzvah. Wildwards all graduate with a specific proficiency required by the clan. Our Wildward was trained as a guide and has been sent out on his first mission on behalf of his family.

The mountains, rivers, forests and clouds have been singing a song of ill-omen to the Wildwards, yet the meaning of the melody is foreign to them.

Our Wildward has been taught to play the melody in Druidic. The Wildward elders have sent him out into the wide world to find the meaning of the song. Has a time come for the Wildwards to step out of the safety of their mountains and the relative anonymity of their family names…

Before being sent out on this mission, our Wildward had no experience with human civilizations. It is uncommon for Wildward to be sent away from their own lands, what to speak of at such a young age as ours. While he speaks the Common tongue it is sort of a pidgin like language for him. Many common phrases carry different meanings to him than the standard meaning. For example, Wildwards primary identity is with their clan; thus when asked to identify themselves, the most likely response is, “I am of the Wildwards.” Wildwards only reveal their given names to people with whom they have established significant trust, or shared a meaningful cathartic experience. 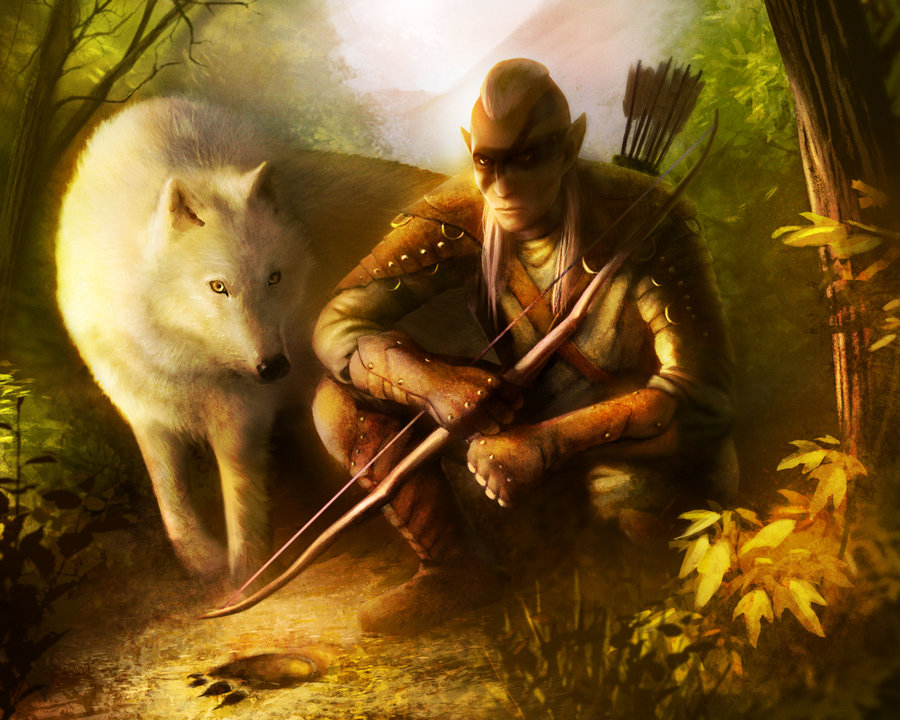