Champion of the Harvest

C. came from good, hearty stock. His father was a soldier in a private army before he settled down as a farmer, and his mother plowed the fields as a girl trying to overtake the oxen. He learned from a young age the code of loyalty that is the basis of any soldier, the chain of command that allows armies to function as an entity greater than the sum of the pieces, and the unwavering support of your fellow soldiers that puts their lives on the same level as yours. Since he was able to understand language he was peppered with stories of great leaders, great warriors, & great battles. As the only boy in a family with 6 children he was pushed to be a soldier from a young age, and he embraced this future wholeheartedly. He honed his strength and constantly played war games with his friends with him leading them selflessly into battle.

C’s family lived on the lands of Baron Eadbald, in the town of Wood’s Edge near the northern frontier of the kingdom of Fairhaven. The barony of Eadbald is carved from the lands of Duke Worthington, who himself pays fealty to Archduke Mangold. In this aristocratic chain of command, the military leader is General Helmsnel. The next rank after General is Commander, followed by Captain. C first served under the command of Commander Eadson (a kinsman of the Baron), but C was transferred, upon his request to see combat action, to the command of Commander Goldthorne (who was, in turn, a kinsman of the Archduke). Both Archduke Mangold and Duke Worthington are famous for their loyalty and fealty to King Godwin, and for their piety in service and reverence for the Holy Trinity of Atmo, Yenaelweth, and Ayalwe.

Even before C came of age he was recruited as a soldier. Due to his lineage, physical strength, and natural leadership he had already attracted the attention of the several Generals both in the private and public sectors. Eschewing more prestigious positions he took an officer’s position in the same army his father used to work for, hoping to relive some of the tales he had heard as a youth. As an officer he assisted in the tactical deployment of troops, impressing his superiors with his leadership and charisma. His physical strength was also impressive, and often he was paraded around as model of what an ideal officer should look like. Although not like the tales his Dad had shared he was young, impressionable, and flattered by the attention. He quickly fell into a routine of an easy life of an officer, rarely seeing combat. Still he was well liked by both his superiors and the men on the ground.

The private army life was easy from the back lines, time moved slowly, and months turned to years. He naturally rose through the ranks to a mid level position of Major. When he returned home for one of his 5 sisters weddings (this was Federria, his youngest sister) his father who had previously been extremely proud of his decisions started to question what kind of soldier he had turned into. Upon returning to the army C demanded that he be put in charge of a division that would see combat. His direct supervisor advised against it, but C went to General Helmsnel who assigned him Commander Goldthorne.

C’s ragtag band of rejects and misfits quickly became one of the best organized and fiercely loyal fighting brigades serving under the Commander Goldthorne. When the peasants rose up to seize the lands they had worked in service to Baron Eadbald, C and his group were dispatched to deal with the insurrection swiftly yet fairly. With only isolated casualties, C captured the peasant leader and gained the surrender of the upstarts.

In the aftermath, the peasant commander confided to C that the peasantry was growing restless and disgruntled with their miserable lot. Their whole lives they worked in the service of the gilded aristocracy with little, if anything, to show for it except for miserable, lonely deaths. These peasants had seen the fortunes of the craftsmen and guild members from the towns and villages thrive under the new prosperity guided by the hands of the followers of Gwalto and Golodun. With no trade save their farming, and the goods produced by their agrarian lifestyle, the peasants had no hope to better their station unless they seized the means of their own production.

To make matters worse, lately the harvests had consistently yielded poorer and poorer crops. Food stores in the towns and villages had been dwindling in order to keep Baron Eadbald, his family, and his armies fed. Why should Baron Eadbald receive and ever-growing share of an ever-shrinking supply of food? The soil itself seemed to ache for water. The seeds often looked diseased and deformed. No matter how much they prayed to Yenaelweth for a bountiful harvest, and no matter how much they cried out to Ayalwe for justice, the peasants had no hope save for what they resolved to take back for themselves. Dejected, the surrendering peasants went back to their life of serfdom, grateful that it had been C (and not some vicious warlord) who had been sent to put down their rebellion.

Shortly thereafter, a force of brigands raided and seized the larger, more prosperous town of Trademeet. The brigands treated the townsfolk brutally. C and his troops were tabbed to liberate the town from the brigands. C moved swiftly to action, as Trademeet is home to his widowed sister Aeratania. This time, C’s forces encountered fierce resistance and heavy fighting. In the end, his diminished brigade won back the town of Trademeet.

During the interrogation of the “brigand” chieftain, it became apparent that the brigands were actually mercenaries in the employment of the powerful guild of Carpenters, Roofers, and Plasterers. C already knew that the guilds had become powerful enough to hire their own mercenary armies (to “defend the guilds’ interests”), but none so far had been bold enough to launch an attack on such a prominent town. As C was questioning the mercenary leader, the baleful call of the war horns sounded. It was the mighty army of Baron Thornicroft, who controlled lands neighboring Trademeet.

In fact, Baron Thornicroft is an infamously militaristic vassal of Duke Grimbold. Both serve under Archduke Harmsworth, whose army comprises the vanguard of King Godwin’s army of Fairhaven. Trademeet sits on a long-disputed border between the lands of Eadbald and Thornicroft and, in a larger context, the lands of Mangold and Harmsworth. Clearly, Thornicroft used the pretext of the brigand/mercenary attack to launch his counter-strike. 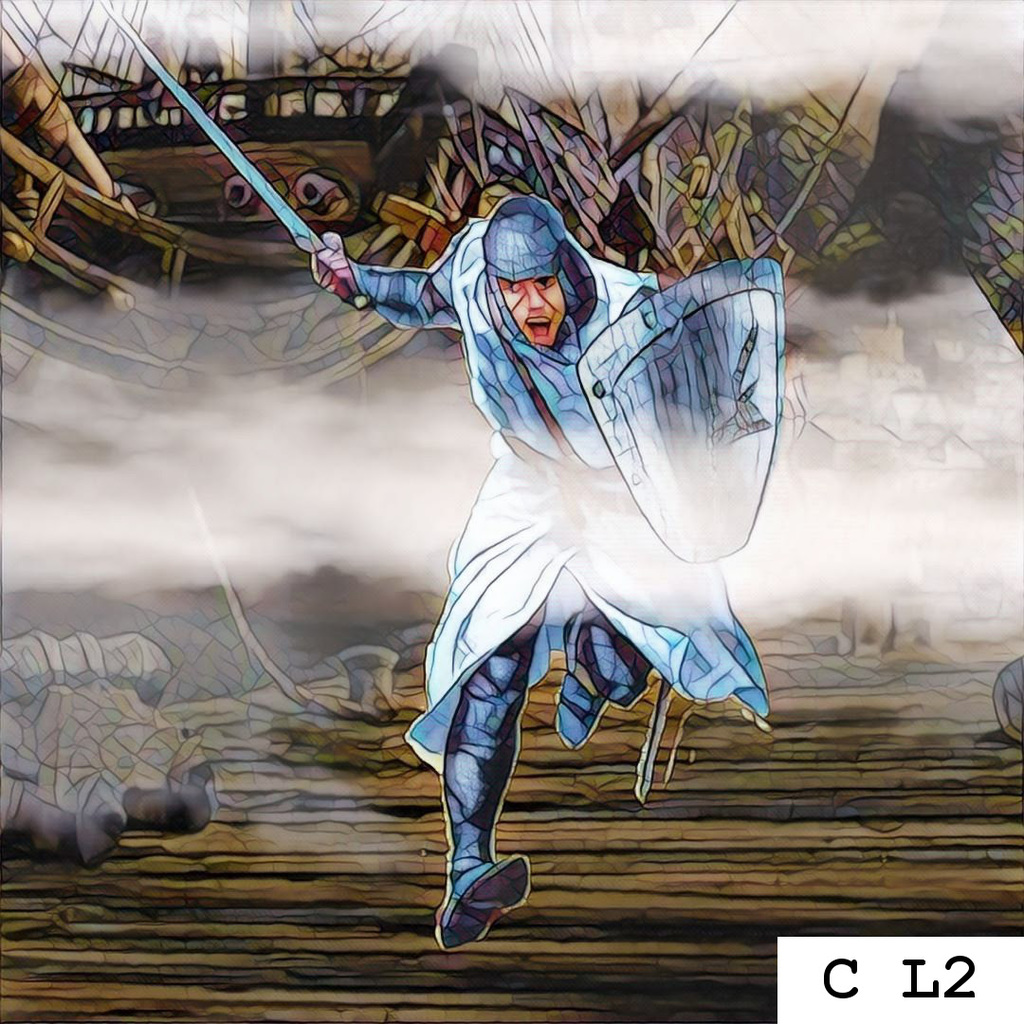